Since in Chess, rankings are a direct representation of the performance of a player over a certain period of time, Alex started her analysis using the data of the Top 100 Chess players over a certain period of time. Data was sourced from the official site of the World Chess Federation: fide.com. The dataset contained 8 features including ranking date, rank, player's name, title, country, rating, number of games played in that particular year, date of birth.

At first, she was curious to know if there is any correlation between age and ranking. A joint plot between ranking and date of birth inferred that, 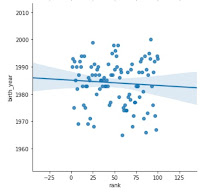 the person who got rank 1, yes, you guessed it right, it's Magnus Carlsen, he is the World's Chess Champion since 2013 - present, is born in 1990, the 2nd guy in 1993, and the 3rd in 1975. So she understood that the age has got nothing to do with the championship, except for the fact that rating tremendously decreases when the player loses after 18 years than compare to before 18 years of age.

Alex now wants to know the average rating of a player, to be one among the top 100. A histogram could suffice that requirement. 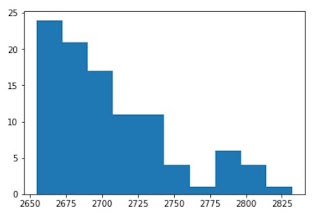 She understood that the battle between the top 100 players started approximately between 2660 - 2850 rating. Also realized that the players count decreased gradually until it reached 5 - 6 players, and then there's again a gradual decrease until it reached rank 1.

Upon knowing about the age and rating, Alex now is curious to know which country has the more chess population. So she then grouped the players country wise and  figured out that, 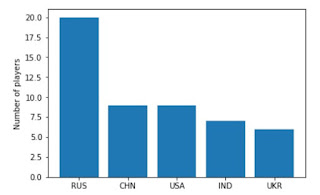 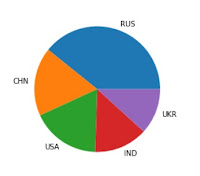 So, out of the analysis that Alex made, though age doesn't matter, she wants Leo to achieve a rating of about 2650 before he is 18. Also, since Russia has more chess players than compare to other countries, she believed that the chess coaching would also be good enough in Russia, and decided to appoint a Russian coach for her son, which is again a whole new story. Winding-up upon wishing Leo all the very best to his journey in becoming a GrandMaster..😊

February 04, 2021
It’s ~2:40 AM and the only line that’s racing in my head over and over again is “Please, Time! Pause, just Pause.... Forever”. Although our car is moving at a fair speed I sensed an utter silence while my right hand’s in my mom’s arm, my left in my dad’s. There are quietness and nothing, yes, nothing, my lips didn’t dare to open even a bit, my eyes wide open but denied responding to the silvery moon that’s dotted on the dark blue night sky, never mind, my hands didn’t bother to even feel my parents touch! I was affectless and however, every passing second terrified me that we are getting more nearer to the airport! Yes, WE are on our way to the airport, and YES, I am on my way to the USA, although it’s my decision to leave my parents, when the weeks, days, hours, and minutes approached, I became more and more doubtful about my decision. I was clueless about what I decided for my coming years. Gradually, I failed to express my feelings even during situations that would normally be expec
Read more