If I made you think or smile in the next 5 minutes, you hit the like button. Deal?

May 10, 2020
[5 min read]
Aahuti is a very healthy, happy, and beautiful woman with gorgeous eyes and a pretty smile. For her, being a strong woman isn’t just about mental strength, but physical strength as well, although she never invested her time specifically in fitness, her ability to multitask helped her stay physically healthy. It is only upon seeing her, I strongly believed that women really are better than men at multitasking, at least in some instances.

Howbeit, one fine morning, while the spring tattooing its colors onto the land, the brilliant pre-dawn golden skyline shades fell in her room through the partially-opened window, and the cool breeze along with the sounds of cooing pigeons from her garden gently woke her up. Lethargic, while falsely interpreting that as spring fever, Aahuti walked towards her garden, beatific faced, she discerned that the buds begin to flower on the plants, adding a splash of color throughout her garden, however, she couldn’t stay there longer when the sun finally emerged from hiding and illuminated the place, while the sudden brightness forced her eyes shut. However, radiant, she walked inside to begin her day’s work.

After a couple of months, one-day when Aahuti sat down in her garden, holding a hot cup of tea, while admiring a red rose, thinking that they have been around a long, long time that gardeners have developed several thousand different types of roses! Within a fraction of seconds, her attention drifted on to the red petals which resemble love and romance, but, in a blink of an eye, the woody structure, the thorns, managed to fill-up her head with strong emotions of pain and grief. She somehow realized that she’s been through a roller coaster of emotions. Overwhelmed and distraught, she immediately rushed to the hospital, after a long tiresome day, when she stepped out of the doctor’s room, tears raced down her cheeks, wiping her cheeks every few seconds, she came back home.

One night, with nausea and anxiety creeping in, Aahuti woke up in the middle of her sleep, just to sense the limited range of motion in her limbs and painful cramps in her involuntary muscles, although petrified, she recalled that the true courage is in facing danger when one is afraid, she then single-mindedly convinced herself for this transition. However, upon every passing day, she experienced changes in almost every organ in her body, the significant amount of pressure on her internal organs led to the squeezing of her intestines, liver, and stomach, which eventually led to heartburn and shortness in her breathing. Additionally, with no charge over her weight gain, she lost the ability to remain in the same position for more than a quarter-hour.

And one day after a couple of weeks, feeling the chill in the air while holding a flashlight at six in the morning, Aahuti enjoyed the winter walk in the lap of nature, pondering that this sheer delight of the movement is enough to make the day. However, these delightful moments lasted for about 15-20 minutes before she could experience a dull pain in her cervix. While fighting the rising pain, this strong lady collapsed when her round ligament tightened up with more sharp and stabbing pain! As time goes on, Aahuti’s condition worsened with continual and more painful cramps, she could feel nothing but the excruciating pain. No sooner a gentleman came running towards her with fear pulsing through him, before he could speak a word, Aahuti, with pain flaring in her eyes, questioned, “Am I going into LABOR?” - Yes, you guessed it correct, Aahuti is pregnant all these days!

This is my mum’s story while she’s carrying me in her womb 💓, oh yeah, the gentleman who came running is my dad :))

When asked her about why she didn’t consider quitting this! She answered saying not to think this as pain, but to think of it as an interesting sensation that required all of her attention :) I was at a loss for words!
However, to describe a mother would be to write about a hurricane in its perfect power :))

So, winding up upon wishing every single mum out there who cares so much about someone else that they just want to be as perfect as possible.. a very....

Apparently, not the End.... 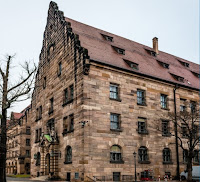 [5 min read] It was an ancient building that is doric, redbrick, and detached. Definitely it’s one of the handsome and high-rise erection that I came across in recent times... Kinda similar to this erection, but not quite. I was in a palatial hall kind of room, and I am working there for my boss, Mark Clouse. Well, I was coding, it took shape, so I wanted to show that to my boss and wind up with the day. In the massive hall, I am onto one corner, well-appointed, and he is onto another corner sitting on his bossy chair and doing his work, although the hall is beautiful, his corner often seemed stark. I stood, held my files in my hands those which I’m supposed to show him, started walking to another corner, and when I approached him I didn’t feel good, it’s a feeling that’s hard to articulate, which is in itself profoundly eerie, but then since he’s my boss and I’m reporting to him, I just maintained professionalism. When I’m almost near he greeted me with a grin on his face, I
Read more